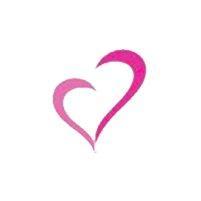 Pelvic pain, heavy periods, and infertility are common in women with endometriosis. About 11% of women of childbearing age in the United States have endometriosis. Treatment for endometriosis focuses on managing symptoms. The team at Heartfelt Obstetrics & Gynecology in Klamath Falls, Oregon, specializes in diagnosing and treating endometriosis. Call the office or book an appointment online today.

Endometriosis is a gynecological condition in which endometrial-like tissue grows outside your uterus. Every month the lining of your uterus grows endometrial tissue in anticipation of pregnancy. When you don’t get pregnant, your uterus sheds the lining through menstruation.

This displaced tissue causes inflammation and scarring that affects your reproductive health.

What are the symptoms of endometriosis?

Pain in the abdomen, lower back, and pelvic area is the most common symptom of endometriosis. The severity of the pain varies but may not be a good indicator of the extent of your endometriosis.

Other symptoms of endometriosis include:

How is endometriosis diagnosed?

The Heartfelt Obstetrics & Gynecology team performs a number of tests to diagnose endometriosis. Initially, the team may run imaging tests, such as an ultrasound or MRI, to find endometrial tissue growth in your abdominal area.

However, to confirm an endometriosis diagnosis, the team performs a diagnostic laparoscopy, which is a minimally invasive surgery that uses a special surgical camera (laparoscope) to evaluate your abdominal organs.

They may diagnose endometriosis through observation and take a biopsy of the tissue to confirm their findings.

How is endometriosis treated?

Currently, there’s no cure for endometriosis. The team at Heartfelt Obstetrics & Gynecology focuses on providing treatments that ease your symptoms, which may include:

For women trying to get pregnant, the team prescribes gonadotropin-releasing hormone (GnRH) agonist, which temporarily stops their period and the growth of endometrial tissue. The menstrual cycle returns after stopping the medication, and the chances of getting pregnant may improve.